Formula 1 is coming to Miami, the perfect home for its blend of speed and glamour.

Miami’s Hard Rock Stadium has seen six Super Bowls, the World Series, concerts by U2 and Madonna, as well as Serena Williams’ 120-plus mph tennis serve. This May, it’ll also see 200mph Formula 1 racecars whipping their way around the site in the first-ever Miami Grand Prix, one of two Formula 1 races slated for North America this year.

According to the rest of the world, Formula 1 — which boasts teams from Mercedes, Ferrari, and McLaren — is the pinnacle of auto racing, with competitions traditionally hosted in exotic destinations such as Sakhir, Bahrain, and Monaco. But, how does F1 stack up against America’s NASCAR? F1 cars are slightly more powerful than a NASCAR vehicle, with 800hp, but half the weight. They reach 200mph in 9 seconds; NASCARs reach 160mph. F1 drivers can experience 6.78 Gs when breaking for a turn, whereas the goal in NASCAR is to not use your brakes. The annual budget for a NASCAR team is around $7 million with a car that costs about $400,000; an F1 team’s annual budget might be $175 million with a car that costs $9 to $11 million.

All that agility will come into play in Miami, where track designers created 36 versions of the layout before settling on the current form. The course will wind its way through the parking lot and around the stadium for 3.36 miles, incorporating three straightaways, a chicane, and a total of 19 turns.

The Miami layout is particularly spectator-friendly. Most F1 courses have one or two likely passing spots, or Drag Reduction System zones, where drivers are allowed to open a flap on their rear wing, reduce drag and pass more easily. Miami will have three.

Rule changes in F1 for 2022 should make the Miami event even more thrilling. Previously, the aerodynamics of the cars would damage the performance of the cars trailing them. A new car design tweaks airflow so that trailing cars will now perform nearly as well as the car in front of them, which should create more passing opportunities. Cars will also switch from 13-inch to 18-inch tires.

As for the crowd, it’ll likely be a tony Euro-tinged mixer among the sound and the fury, with dedicated spectating areas for aficionados loyal to brands such as McLaren, Mercedes, Ferrari, and others.

The race is part of a larger strategy for F1 to expand into the American market. They started racing in Austin, Texas, last year, and have some momentum. Sports analytics company Nielsen Sports says F1 has become the fastest-growing professional series among American sports fans, with audiences growing from 34 million in 2018 to more than 47 million in 2020. The hit F1-focused Netflix series Drive to Survive has also been a resounding success.

After eyeing downtown Miami as a location, F1 struck a 10-year deal to run races at Hard Rock Stadium, and seems to be mindful of their relationship with the locals. Over the next 10 years, F1 will donate $5 million to the City of Miami Gardens, where the stadium is located, in order to establish community programs, an F1 STEM program in local schools, and create paid internships for local high school and college students. Additionally, local restaurants will get priority as F1 vendors.

While there are those who will pine for the scenic background of the Mediterranean Sea as racecars whip around turns, 200mph and 6.78 Gs is the same in Europe as it is in the U.S., and who wouldn’t want to witness that? 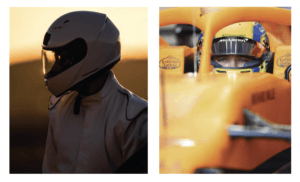