In his Miami Beach villa, Stephan Weishaupt brings the work of the world’s finest creative minds to life with brio and dash.

Stephan Weishaupt’s immaculate Art Deco villa in Miami Beach isn’t just a gorgeous getaway home. It’s a stage set, a gallery, a workshop—a place where innovative dreams unfold and manifest as reality. “I see myself as a curator,” says the peripatetic entrepreneur and founder of the high-concept design company Man of Parts. “My emphasis is on designers, artisans, and craftsmen, and my value-add is to show their work in a way that’s fresh and different.”

He does so by tailoring the presentation of his company’s furnishings and objects—developed by a tightly knit group of designers from all over the world—to distinct local contexts, such as the Miami Beach villa and a bungalow he later acquired next door, as well as various apartment-like by-appointment-only show spaces and residential settings in Toronto, Manhattan, Vancouver, and, soon, Dallas. “My goal is to create stories around my core group of designers and their philosophies,” says Weishaupt, who launched his firm 15 years ago at the prompting of George Yabu and Glenn Pushelburg, Toronto-based architects known for their ultra-stylish interiors, including Brickell House, SLS Lux, and Katsuya.

After working with Yabu and Pushelberg to launch collections of their own, highly honed furnishings marketed in North America, he has slowly recruited a stable of international designers to expand his vision of bringing the brightest design minds together with artisans and craftspeople. The results are sculptural modern furnishings and objects, many of which have become instant classics. At the special events he hosts at his Miami Beach villa during Art Week each year, Weishaupt highlights the work of two or three of his designers—including high-profile names like Italian architect Piero Lissoni, Spanish designer Patricia Urquiola, American industrial designer Ted Muehling, and Brazilian multidisciplinary artist Simone Costa—by giving them free range to reimagine the interiors with their own new products and furnishings. “I like working with just a few designers so I can go deeper with them, challenge them to look at new materials, different ways of manufacturing, and stretch them not just aesthetically but in terms of sustainability too,” says Weishaupt.

Born and raised in Munich and exposed from a young age to high design and art, Weishaupt is also an art lover and supporter of emerging artists initiatives all over the world As such, interest from clients in works from his own collection led to his newest venture, an alternative gallery concept called 5oz. Weishaupt launched it last year with the introduction of large-scale photographs by Peter Steinhauer and light sculpture by Regine Schumann alongside new furnishings by German product designer Sebastian Herkner. Named for the typical volume of champagne poured into flutes, 5oz expands the narratives Weishaupt brings to life in the settings that showcase his company’s products. The works of a coterie of 5oz artists dovetail naturally with those produced and marketed under the Man of Parts and Avenue Road brands—as all are reflections of Weishaupt’s razor sharp point of view. Design and art aficionados visiting the villa during Art Week this year will get an intimate look at furnishings and accents curated by Belgian architect Nicholas Schuybroek alongside works of art by Danish artist Kristian Kragelund. And French designer Christian Delacourt will reinvent the home’s interiors yet again with a new collection of his own pieces next March.

“The idea is to allow clients to experience the furniture and art in hyper-sensual spaces,” says Weishaupt. “More than ever we like to create really exciting, aspirational spaces that elicit an emotional connection.” With this refreshing attitude—a vivid counterpoint to a world full of disposable mass-produced things—it’s no wonder Weishaupt keeps winning the hearts of design devotees and collectors around the globe. 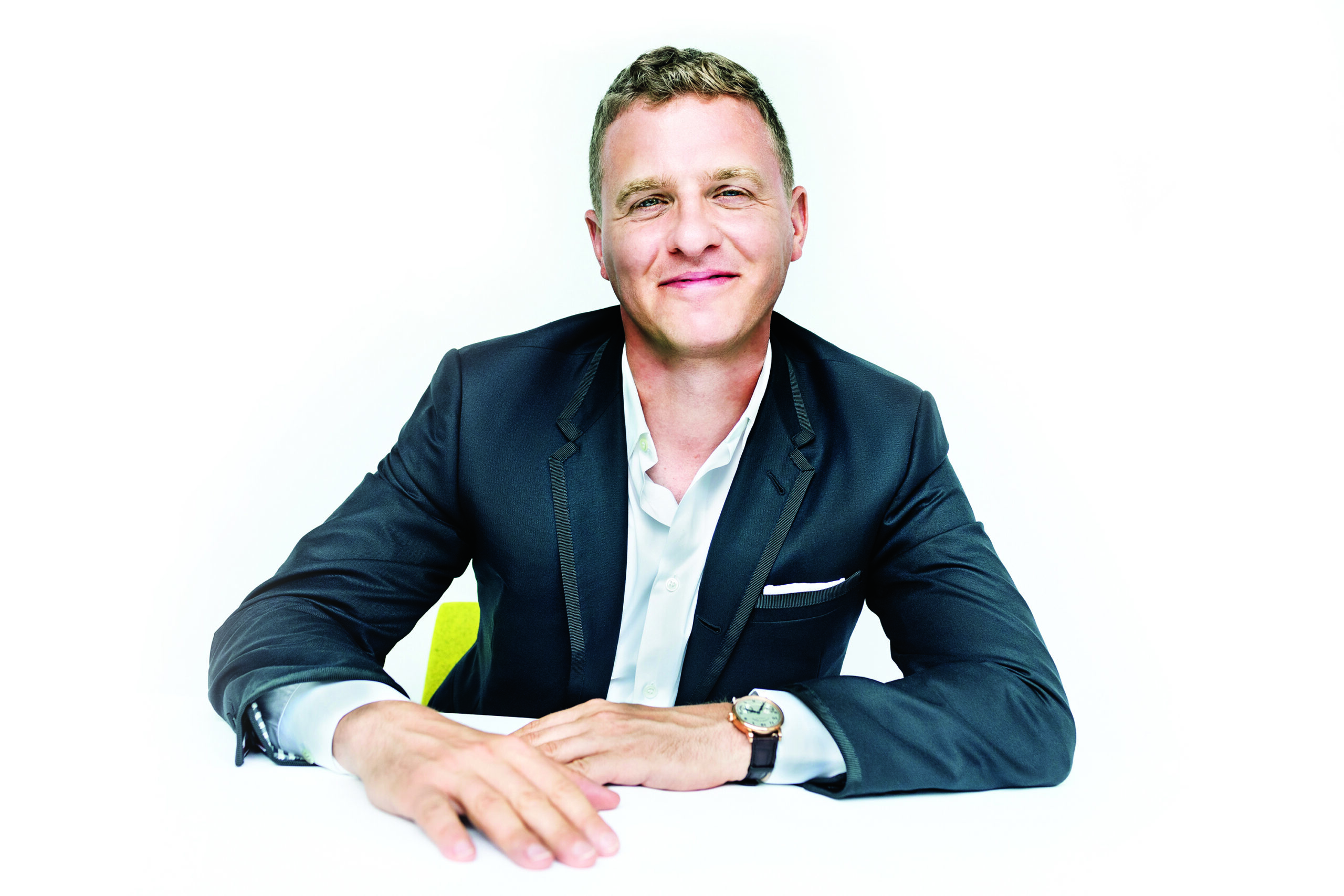