A BELOVED ARTIST IN THE RESIDENCY PROGRAM WRAPS UP ITS SECOND YEAR. IT PROMISED TO BE INCLUSIVE, DIVERSE AND REPRESENT THE COMMUNITY. HOT TAKE? IT SUCCEEDED.

FLASHBACK TO A YEAR AGO.

It’s November 2021. COVID-19 is on the decline. Miami Art Week is coming back, and people are emerging again in Brickell. Kimpton Epic Hotel launches its second Artist in Residency program to celebrate the cultural diversity of the surrounding area. It’s a moment to celebrate and lift the collective spirit.

Fast-forward to this winter, and the program is coming full circle, wrapping up this January with only a couple of artists in that collective left to show their works. This year’s lineup includes local artists Melissa DiVietri, Sophia Wong, Mira Lehr, Marcelo Holzinger. Pedro Amos AMOS and Cris Molina.

“I’ve lived in Miami on and off for 35 years and seen it change,” says Eric Jellson, area director of marketing at Kimpton Hotels Florida. “Art and culture in great diversity is so inclusive of this community now.” Jellson also chairs the Miami Convention and Visitors Bureau marketing committee on multiculturalism. “The CVB and our team at Kimpton found local artists who, we believe, represent the community. We have a physically handicapped artist, LGBTQ, Black-Jamaican, a senior female artist for Women’s History Month, etc., and each fall into different communities in the city. Artist in Residence programs aren’t new. Hotels use art to sell, but this one is different.”

How so? “The location is key!” answers Haitian-born, Miami-based visual artist Annick Duvivier, who showed in July and August. The Kimpton Epic Hotel is a hot destination that attracts the who’s who of locals and well-heeled guests domestically and internationally. “Epic Kimpton actually holds an event for you. They promote it, and the guests are very aware there’s an event happening,” says Duvivier. “The hotel projects [notifications] on the TVs in the rooms and the lobby for the guests. The staff does all the drinks and food, handles the Eventbrite and invites guests and media. They really plan the whole thing. That takes a lot off you as an artist. Also, 100% of sales go to the artist. That doesn’t happen normally.”

Over the course of one year, the Kimpton Epic Hotel features six artists in a rotation of six weeks each. The artist also has a chance to paint a one-of-a-kind mural in a cabana near the pool.

The hotel houses the exhibit on one of the most trafficked areas of the hotel—the 16th floor with the pool, spa, and “it” restaurant Area 31. The artist is encouraged to take meetings and host buyers at the hotel whenever they want during the time of his installation.

The exhibition began last year with artist DiVietri, otherwise known as MissyDI. She is a Miami abstract artist, DJ, and disability awareness advocate, who has had more than 14 surgeries to reach mobility independence. Her work is sustainable and intentional. MissyDI has been painting since she was five and is known to “corrupt emotion into canvas, installations and murals.”

On the heels of DiVietri’s show, painter and mixed-media artist Sophia Wong kicked off the January 2022 show, which went into February’s Black History Month and MLK Day celebration.

Wong comes from a background of Jamaican Chinese and Bahamian British cultures and infuses them into her work. This millennial is also a graduate of Miami’s New World School of the Arts. In her vibrant paintings—often of Black women—the themes of humanity and culture dominate her work.

The hotel chose nature-based artist Mira Lehr for Women’s History Month in March 2022. Lehr moved to Florida in 1960 and was dismayed by the lack of an art scene in the state, much less one that included women. The pioneering artist started Continuum 1961—a first-on-the-scene co-op for women artists. She’s known throughout the country for using nontraditional media such as fire, fuses, and gunpowder, among other elements.

For June’s Pride Month, LGBTQ artist Marcelo Holizinger was selected to showcase his contemporary visual arts. The Miamian began his career in Argentina as an art director and adjunct professor of graphic arts. His globally appealing work is shown all over the world (at The Louvre, for example), and is a regular at Art Basel/Miami Art Week. His haunting paintings were a chic addition to the 16th floor during the early summer.

In September, the project returned with a fierce freshness. Pedro Amos, better known as graffiti artist AMOS, took to the walls for fall. Guests loved watching his works go up. Installation days are the guests’ favorite,” says Jellson.

AMOS does murals, canvases, clothing, and prints. “I’m in this genre in every capacity,” says the Miami native. “As the owner of Pedros AMOS Galleria in Little River. I have a place to showcase my own work. I have dozens of murals throughout the city and world, but the initiative with the Kimpton is fun. They are a pleasure to work with, and the venue is phenomenal.” 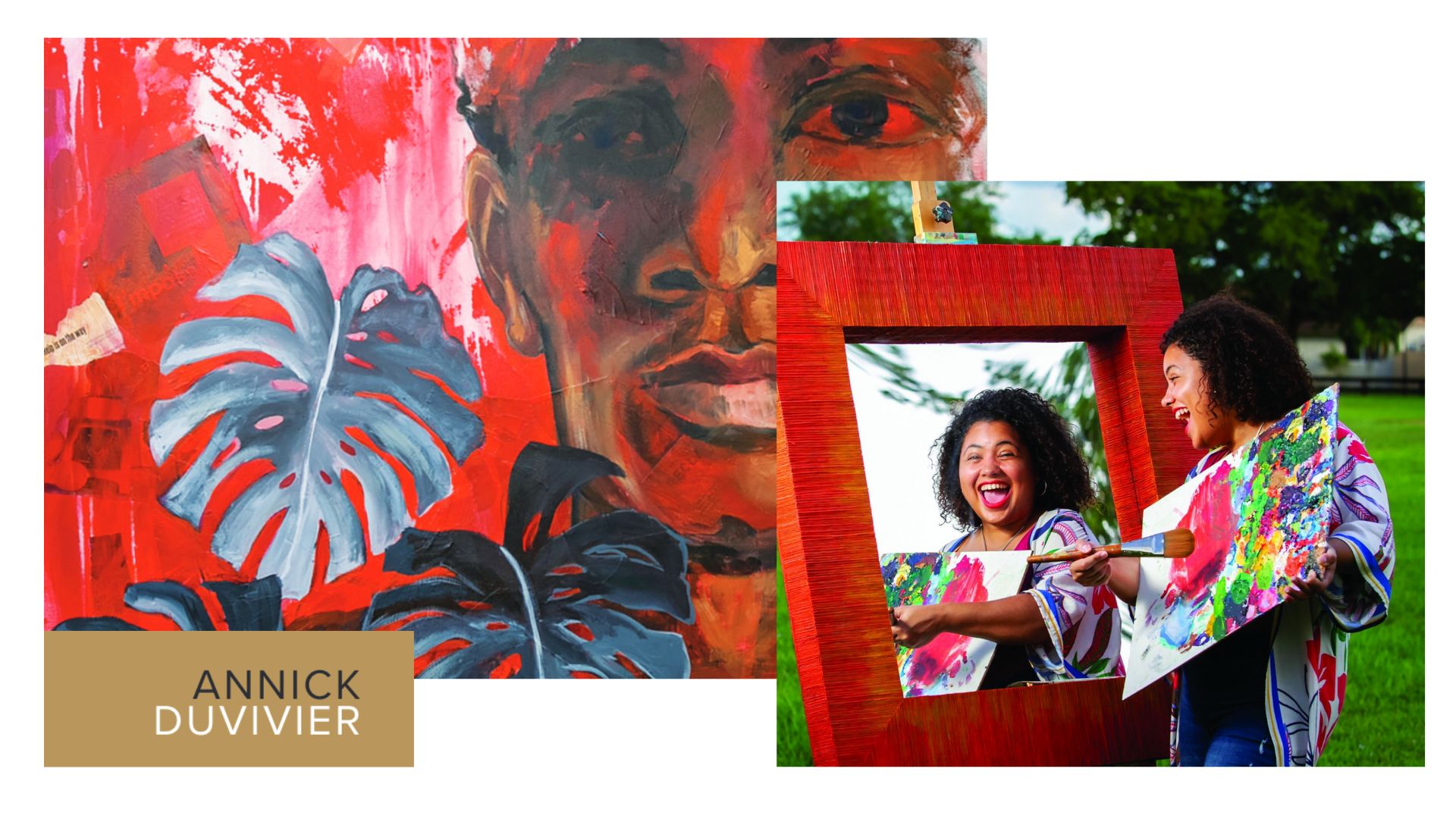 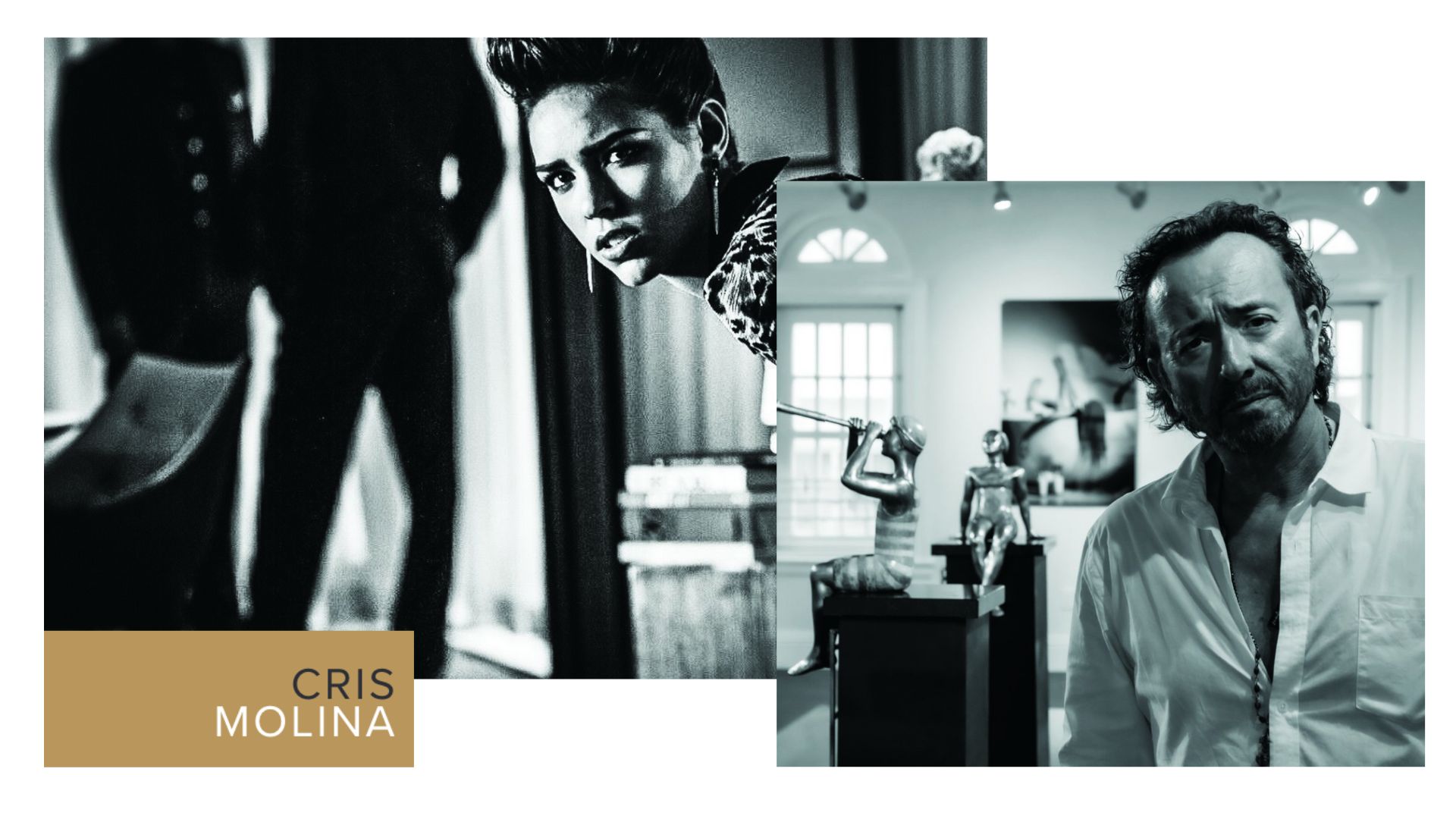 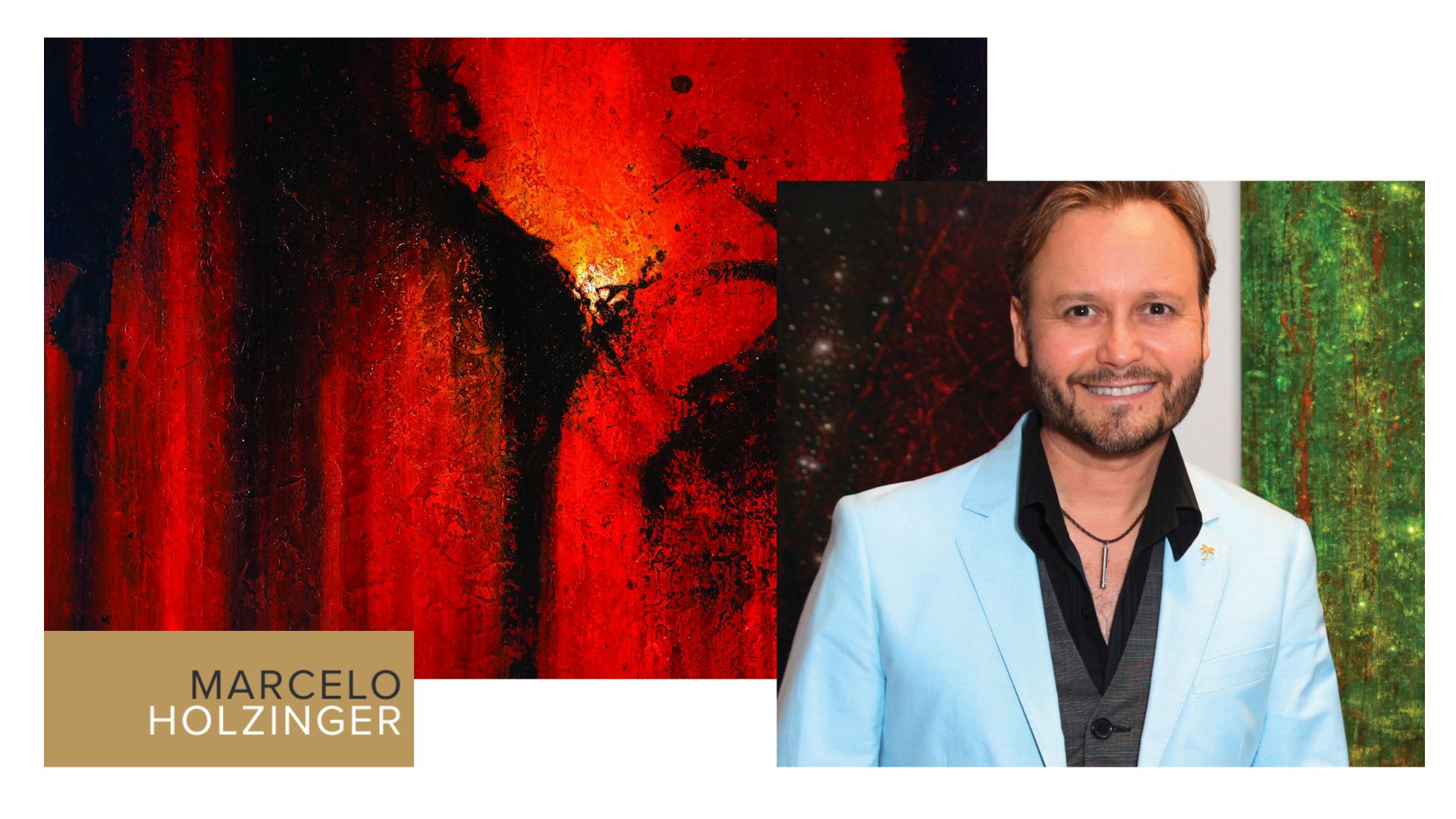 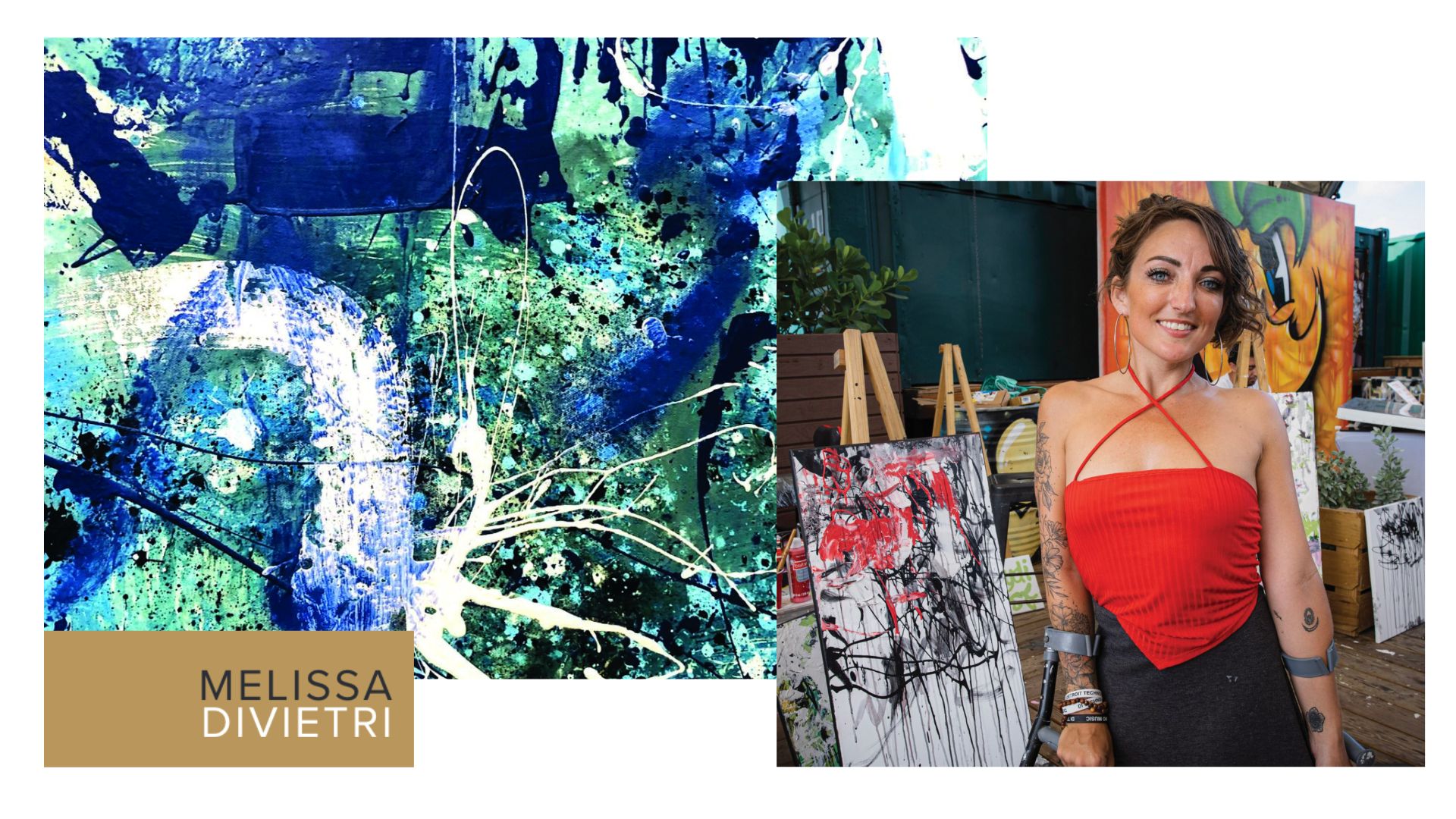 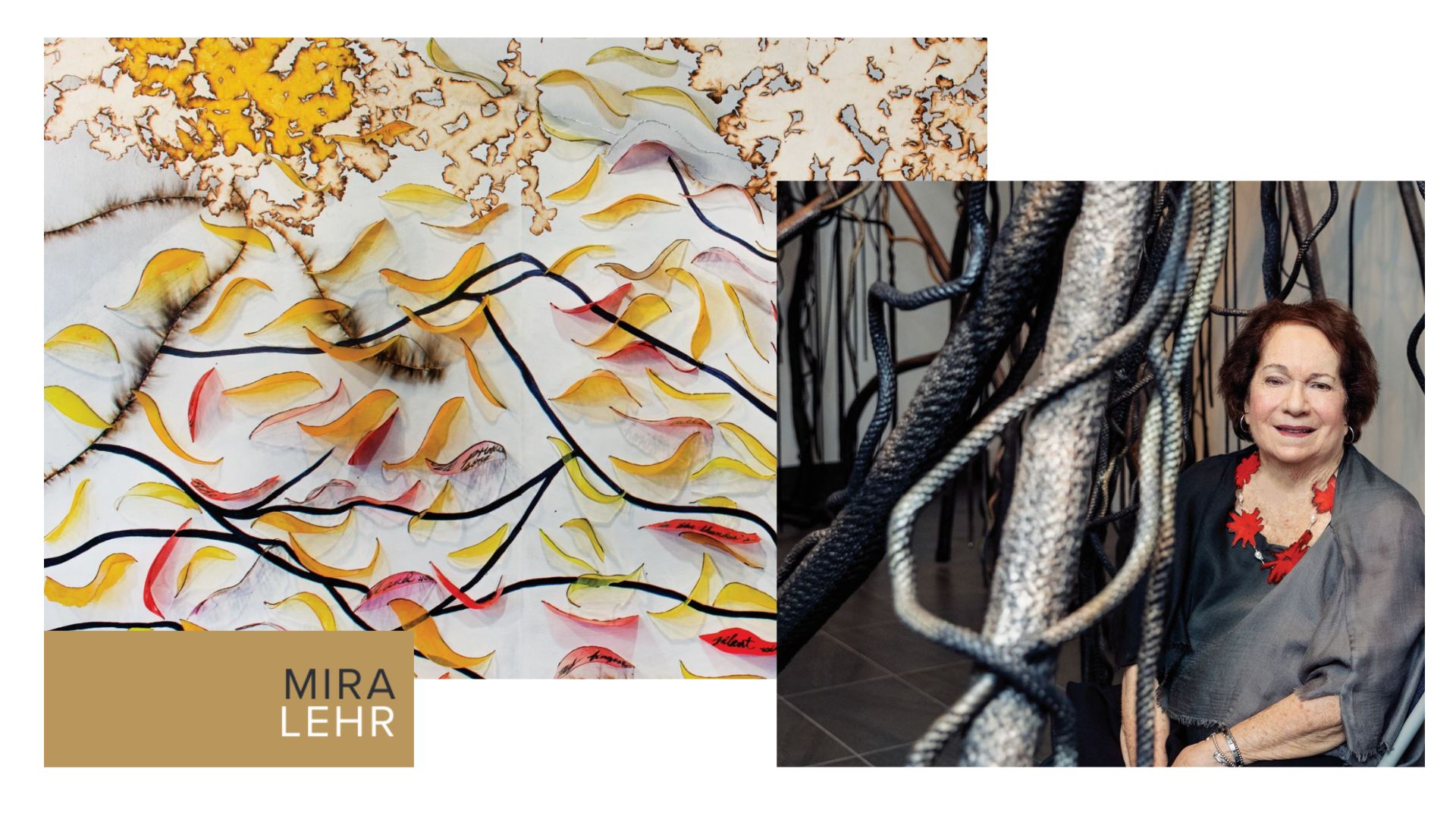 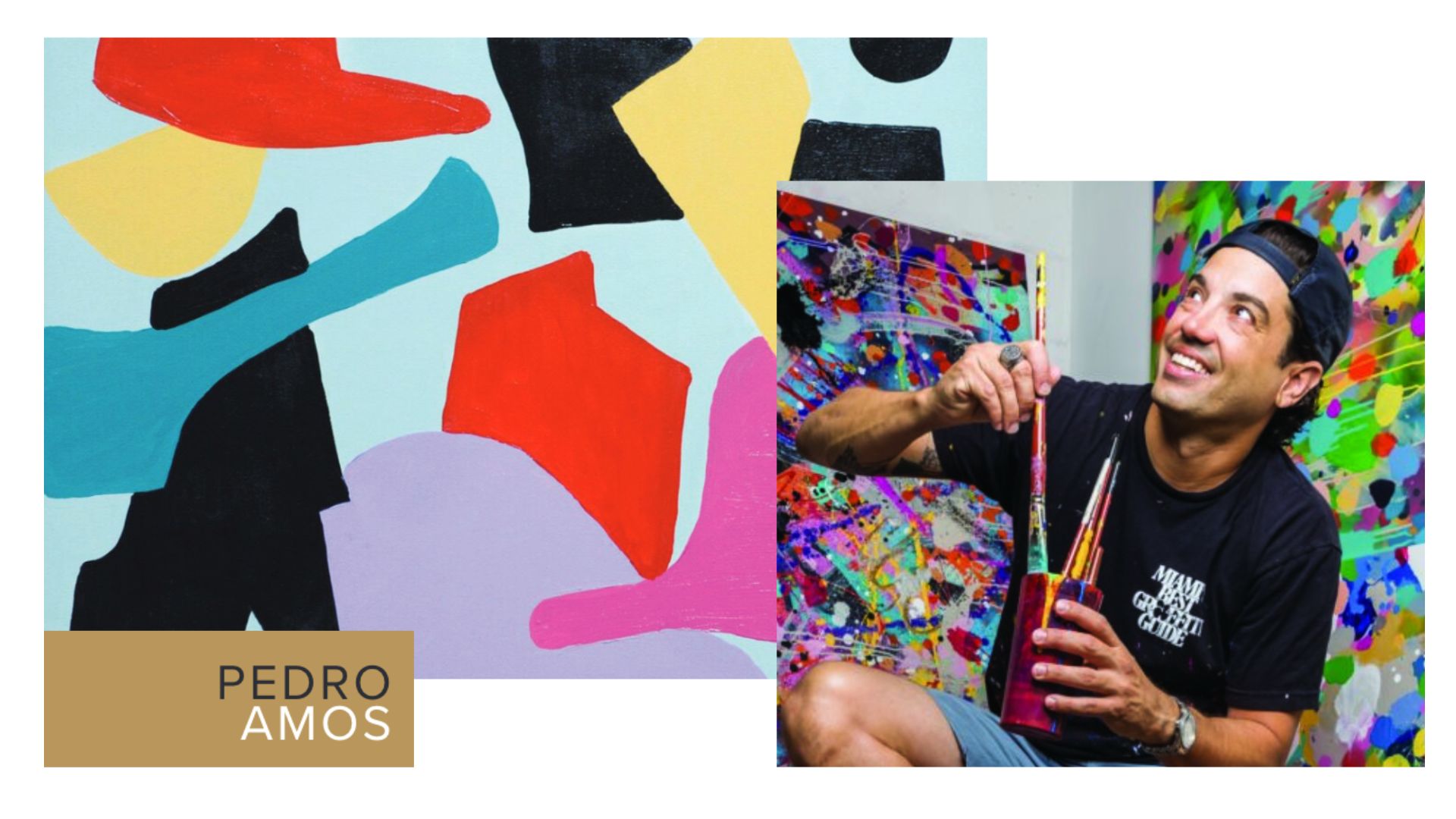 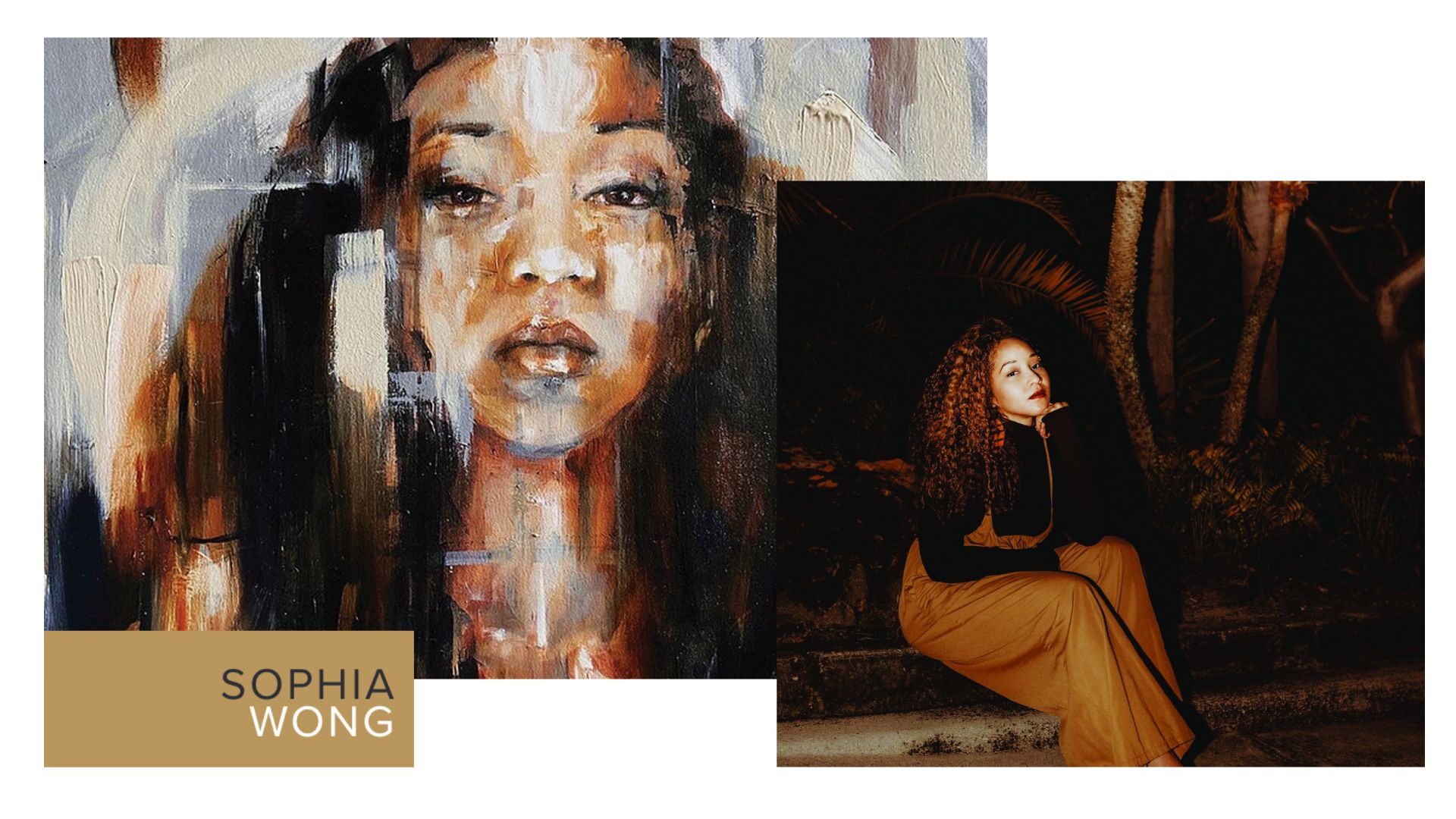