A champion of sustainable design, architect David Harper continues to make buildings ever more resilient and environmentally friendly one decade at a time.

Given the many hats he wears, it’s hardly surprising that no two work days are alike for David Harper. Today, the Miami-based architect might be meeting with his colleagues at the design and engineering giant SNC-Lavalin’s Atkins on a potential acquisition.

Tomorrow, he could be jetting off to Toronto or Paris to advise his clients on how to reduce the carbon footprint of their new building projects. And the next day, it’s likely he’d be sitting in on a dean’s advisory board meeting at Florida International University, where he serves on the institution’s President’s Council. “I like to stay busy and keep the plates spinning,” he says with a smile.

Considering Harper’s upbringing in Atlanta, his role as an influential architect and global advisor on the built environment seems almost foreordained. “I told my dad I was going to be an architect when I was 10 years old,” Harper says. “He was in construction, and I was with him
on a job site when I saw some men in suits with drawings and I asked him, ‘Who are they?’ He said, ‘They’re the architects, and they tell us how to build.’ And I said, ‘I’m going to be an architect.’”

About a decade later, while he was in architecture school at the University of Miami in the early ‘70s, Harper was exposed to the escalating gas prices, limited fossil fuel supplies, and energy conservation issues of the day that sparked his interest in sustainable design, which would later propel his career forward and enable him to make a significant mark not only on buildings in South Florida but also on projects around the world.

Honored as the 2019 Sustainable Design Architect of the Year by the Miami chapter of the American Institute of Architects, Harper is also widely recognized for his impact on sustainable residential design in South Florida, beginning with the design of his own home, Domus Alba, in Pinecrest where he lives with his wife, Jennifer. Completed in 2014, the home produces its own energy, was the first residential structure in Florida to meet LEED Gold for Homes standards, and sparked the broader trend in sustainable design in South Florida practiced among builders today.

Although much of what is touted now as green design in luxury residential structures is little more than lip service, says Harper, he sees the movement as a positive step in the right direction and suggests that if both members of the profession and policymakers were to work more closely together, progress could be swifter and more efficient. “Further reform of building codes can encourage innovation and state-of-the-art applications on things like permeable versus non-permeable driveway surfaces, roof overhangs for window shading, and xeriscape landscaping, where the codes often haven’t kept up with the advances in technology,” he says.

Yet, with the many inroads already made and certain goalposts set for the future, he’s convinced that sustainable design will be de rigueur in the decades ahead. Bolstered by a growing educated public, Harper also sees the value of sustainable design — in everything from transit systems, airports, and automobiles to commercial buildings and housing — becoming more widely embraced in the near term. “There are enormous opportunities for sustainable design,” he says. And with the passionate interest in the environment among today’s global youth, he predicts sustainably designed homes and buildings will be the norm by 2050. “Young people have so much enthusiasm,” he says. “The future is bright.” 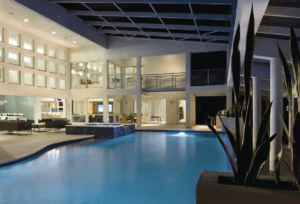 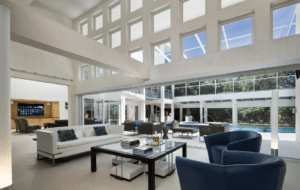