It’s hard to believe that Jencarlos Canela — he of TV fame, musical accolades, caramel skin, and blue eyes — could ever feel anything but self-assured. Yet the twists and turns of show business haven’t spared this Miamian from the side effects of its polarizing nature. Turning his attention inward has put Canela on a journey of self-discovery that yielded a role in The Man from Toronto, a film he co-stars with Kevin Hart and Woody Harrelson, and an upcoming opus of musical reveries. Judging by the depth of Canela’s reflections, the album might be his best one yet.

Tell us about the new album.
Yes, I’ve been working on one. I haven’t put one out in seven years. I’ve launched singles, but it’s been a while since I was inspired and motivated enough to build an album around a whole concept. And this is, without a doubt, the most introspective one I’ve ever done in my life. It dives into a lot of personal stuff and it’s ultimately about loving yourself through the good and not-so-good of a human experience.

How has the inspiration behind your first album to the upcoming one different?
My first album was a bit of a mess. I was just having fun and making music that I liked without a specific style in mind. I was still getting to know myself and my identity so that was reflected in the diversity of the album. In this album my identity is obviously much more established, as well as the sound of the album.

What recent challenges may have inspired this personal approach to music making?
I’ve dealt with severe anxiety for a big portion of my life. A
lot of stress. The pressure of the expectations of others or my own expectations for myself. My relationship with food has been somewhat toxic; I’ve been codependent and self-sabotaging. I have played the role of my worst enemy for a big portion of my life. I started doing the “self” work and have built the tools to help me cope with things differently.

Isn’t it a bit risqué to be so emotionally revealing in your industry?
There’s no bigger risk than not stepping into your own power and your own story. I just don’t want life to pass me by and to live in the shadows of others and their expectations. Our first album debuted number one, our second album debuted number one, too. Billboard Magazine declared us as the first-ever independent launch in Latin music history to debut number one. You feel the pressure. That’s huge, and then you got to keep that up. And then when you don’t, it’s like, oh my God. What does that mean? The first lead role that I did on TV was a massive success all around the world. The second one needed to be that too, and if it wasn’t then I wasn’t any good. The mind starts playing tricks and you become your worst enemy.

Sounds like you have given this some serious thought.
Yes. This is a story about redefining who I am by taking a moment to figure out how many of my decisions have been influenced by culture, by generational trauma, the habits, and patterns of others. I’ve taken the time to psychoanalyze myself to make the adjustments that I need to reach my full potential. Music and acting are just vessels to communicate something bigger. And at the end of the day I would like to share my personal story with the hopes of creating some sort of positive impact.

Did your decision to stay off social media factor into this story?
I took the time for myself that I needed, and I found something that I love. And that’s the ability to be present. I found my personal space. I haven’t stopped working since I was 17 years old, so that personal space for me is critical. I’m thinking of going back to social media without compromising the peace of mind that I have found. But parallel to that, I missed my connection with my audience. And my team is really excited to relaunch the space where we share all the exciting things that are happening. It’s such a huge way to communicate. So, we are looking to remain active without compromising what’s most important to me.

How do you juggle these various projects that include music, film, and production?
I choose the projects I’m most passionate about. In other words I let the projects choose me when choosing what to prioritize.

You recently did a film with Kevin Hart and Woody Harrelson, The Man from Toronto. Will we be seeing more of you on the screen?
I just did a TV series in Mexico that comes out at the end of the year. And there might be a follow up to The Man from Toronto. But, in addition to the new album that will be out soon, the biggest project I’m focusing on is me. 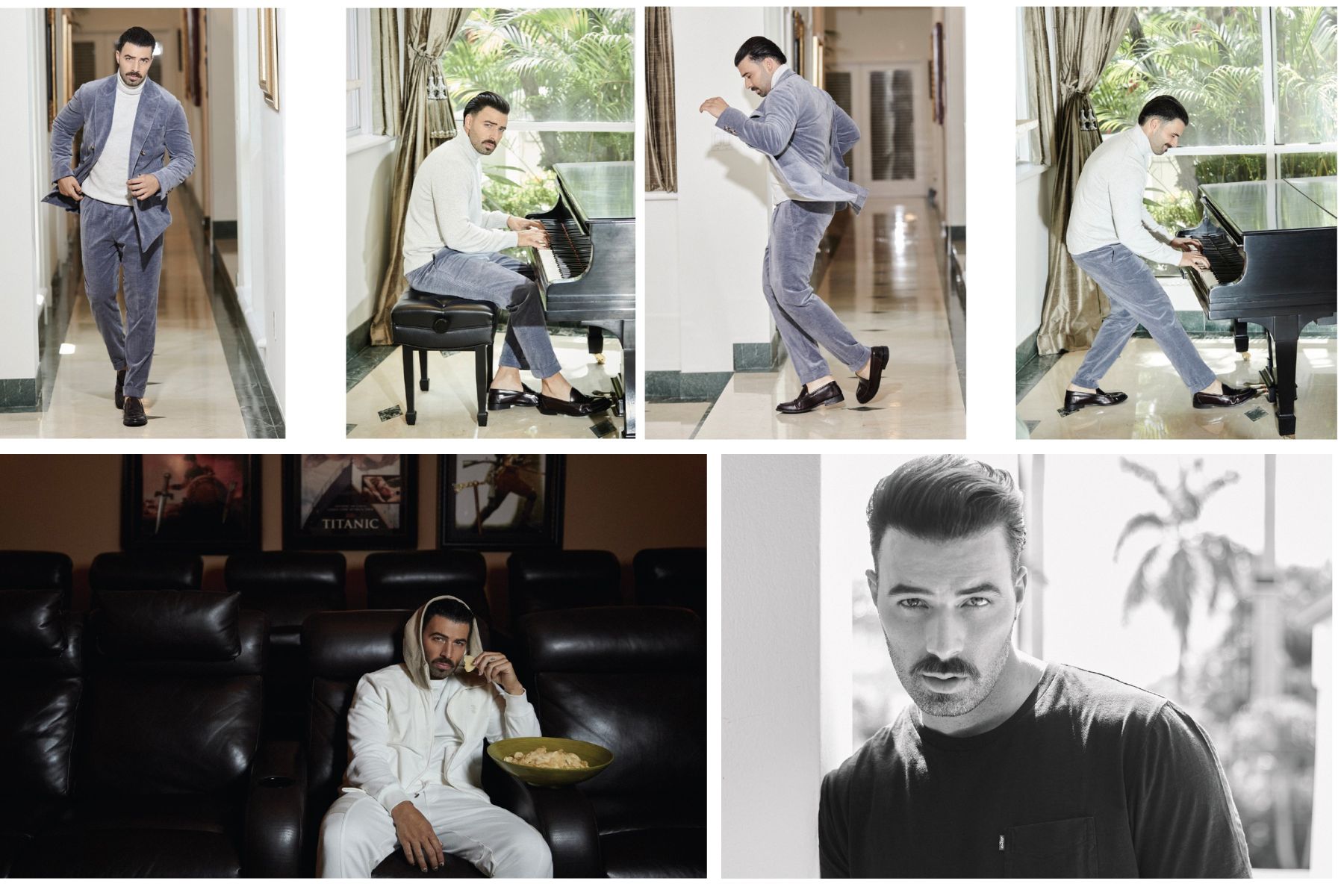