Behind the Velvet Rope

WHILE PRIVATE MEMBERS CLUBS ARE FAR FROM A NOVEL CONCEPT, A NEW CROP OF HOSPITALITY PLAYERS ARE PUTTING A FRESH SPIN ON THE TIME-HONORED IDEA OF EXCLUSIVITY, SOPHISTICATION, AND THE THRILL OF “GETTING IN.”

Membership clubs, pay-to-play communities, or whatever else you call them, are on the rise. And, most recently, in our own backyard. Miami emerges as a coveted hot spot, with hyper-focused models celebrating art, design, culinary culture, and entertainment.

“It seems like every global, luxury club brand wants to have an outpost in Miami,” says Drew Wahl, chief partnership officer at Sonato, a company reputed for a platform that streamlines private club operations.

Sonato, founded by Michael Birch — who is also the co-founder of San Francisco private members club, The Battery — launched Sonato Alliance, an invitation-only network of the world’s best independent private social clubs. Among the 35 founding members are Pershing in Austin, Texas and Fitler Club in Philadelphia, Pennsylvania, and they are as far reaching as Kjarval in Iceland and 1880 in Singapore. Sonato, too, has its eyes not just on Miami, but Florida’s burgeoning private clubs scene.

After all, international clubs are already a proven success in the region. Miami hosts the original leader in English social clubs, SoHo House, opened in 2010, as well as Faena Rose, an art- and culture-based private members club established by the Faena Group in 2017. Chef du Jour, a membership-only restaurant concept bringing international chefs to Miami for residencies, has its roots planted in Coral Gables and is set to open in fall of this year.

“Miami is always at the forefront of new restaurant concepts, which is one of the important reasons why we chose to open in this city,” says Philippe Roquefort, President of Chef du Jour. Miami is the first location in North America, though locations in Los Angeles and Montreal are inaugurating soon. Further newcomers to the region are launching quickly and with even more elite concepts, including ZZ’s Club by Major Food Group, a private club dedicated to members with “the highest caliber of dining and service.” In Palm Beach, Carriage House, a contemporary lifestyle social club, opened this year. And slated for an end of 2022 opening is ArkHAUS, the world’s first-ever floating members-only club, consisting of multi-story villas with outdoor decks, saltwater pools, and rooftop lounges overlooking Biscayne Bay.

“The four futuristic solar-electric structures connect to anchor an exciting new vision where community, innovation, and fun collide,” teases Sam Payrovi, ArkHAUS CEO and co-founder. “The vessels also feature solar awnings paired to an electric propulsion, along with innovative architecture that can only be described as the pinnacle of luxury, design, and sustainability.”

The growing trend around Florida is seemingly a ripple effect from the heightened attention members clubs have received post-pandemic. “We’re seeing an increased demand for safe, private spaces — not to mention, coworking, fitness, and other amenities [that] membership clubs provide,” shares Ben Pfinsgraff, co-founder at Common House, a design-driven, private members club with locations in Tennessee and Virginia.

Pfinsgraff emphasizes that even though membership clubs are trending in primary markets, Common House is targeting “the underserved secondary markets” where many people are relocating from larger cities and expecting higher standards of places to work and live but still have access to experiences. “We like to think our ability to bring people together through thoughtful design, incredible food and drink, and shared experience is what keeps our members coming back,” he adds.

Experiential programming runs the gamut, from spirits and cocktails at Multnomah Whiskey Club in Portland Oregon; fitness at Heimat in Los Angeles; cuisine at Casa Cipriani in New York City; and art and culture at the aforementioned Faena Rose in Miami.

“What people truly want is to create memories — and enhance and enrich their lives — through experiences,” says Pablo De Ritis, President of Faena Rose in Miami. De Ritis adds that Faena Rose runs about 60 cultural events a year, consisting of everything from pre-released film screenings to dance performances across all disciplines in Faena’s Broadway-caliber theater. Other programming includes music performances across all genres, guest chef programming (with talent like Massimo Bottura and Nina Compton) as well as master classes, workshops, and zeitgeist conversations.

For the majority of member clubs, in addition to the common expectation of programming — as varied as it may be — is the availability of on-site hotel rooms, which only members have discretionary access. In recent years, however, hotel brands have started launching their own club concepts to keep up with the demand in this sector.

Take, for example, Faena Rose, an extension of the Faena Hotel property, as well as the Rosewood Hotel Group’s Carlyle & Co. in NYC, which opened in June 2021; Hollywood’s forthcoming Aster, Salt Group hotel collections first private members club and Tesserae, the private club within the Thompson Buckhead in Atlanta scheduled to open this year.

“It’s not surprising that hotels, looking to avoid the next economic downturn, are looking to add membership clubs as an amenity and recurring income stream,” says Pfinsgraff, pointing to yet another reason why private clubs make sense beyond a vanity-driven endeavor. For the end users that translates into a perennial myriad of options that tickle their fancy, speak to locations of their choosing and envelop them with a lifestyle that speaks to their passions. 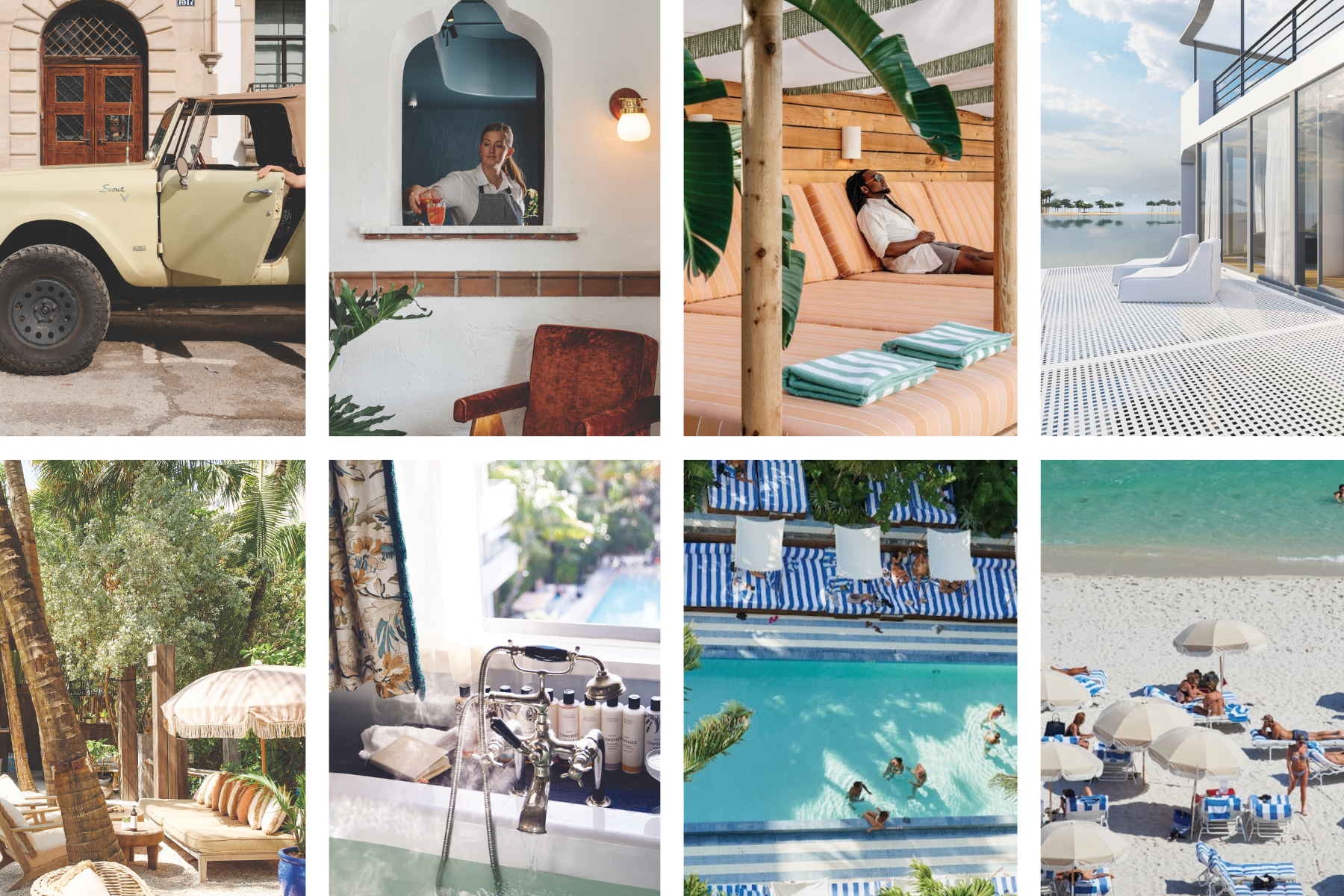