All in the Family

Principal designer from Taylor & Taylor creates a Zen-inspired family getaway in Key Largo that combines modern sensibility with ancient influences and a deep respect for nature.

Maximizing their connection with the outdoors has always been a priority for the owners of an expansive condo in Key Largo. So, when they purchased the four-bedroom abode as guest quarters for the visitors who frequent their nearby waterfront home, they wanted the interiors to be in tune with the environs. They also wanted to cozy up the flat with the creature comforts they enjoy in both their primary dwelling in the Midwest and their winter house in Florida. Having worked with designer Phyllis Taylor, a principal of the Miami-based interior design firm Taylor & Taylor, on their winter home in Ocean Reef Club, they knew she would deliver on both scores.

Before starting the project, however, Taylor had to convince the athletic couple to depart from the traditional aesthetic they usually favor. “It works well in their classic single-family homes, but it just didn’t suit the thoroughly modern style of the condo, which they purchased during the pre-construction phase,” says Taylor. Trusting in her expertise, they deferred to her judgment and gave her free rein to turn the stark dwelling — with its odd angles and challenging floor plan — into an inviting getaway. The only non-negotiable demand was the color. “They both just love blue, and no other color but blue,” says the designer. As a result, Taylor chose indigo, a color commonly used in ancient Japanese textile dyeing methods, as her starting point for the interiors and developed a layered yet restrained ambiance that’s at once earthy, clean, and eminently livable.

Inspired by the Asian roots of indigo dye, the designer also relied on the Japanese aesthetic philosophy known as wabi-sabi, which emphasizes both simplicity and imperfection, to guide her approach to the décor. “Since the only color in the home is blue, the rest of it is all about texture,” explains Taylor, who deployed neutral, natural materials on virtually every surface. Working with a millworker from Mexico, she warmed the ceilings and walls of the entrance gallery, living room, and adjoining terrace with planks made from fallen Milpa trees found in an old-growth forest in the Yucatán Peninsula. The same wood was used to make shelves in the kitchen, while grasscloth and cork wall coverings add warmth and dimension to the guest rooms.

Furnishings throughout, including a collection of beribboned bamboo pendants by David Trubridge and various wicker and woven chairs from Artefacto, also nod to the Japanese reverence for nature and respect for handicraft. “They make me think of the woven baskets that are so common in Japan,” she continues. “You can really see the hand of the maker in them.” With lots of children flowing in and out of the home, easy-care furnishings and accents were also top of mind, particularly in the dining area, where the designer topped the concrete base of a bespoke table with a slice of stump wood coated with resin. “It’s a resourceful way to honor nature and embrace imperfection with a custom piece that’s durable and easy to clean at the same time.” Thoughtful touches like these not only delight the owners, who frequent dwelling during the off season for quick trips, golf tournaments, or fishing outings, but also their guests, who sometimes find themselves so comfortable that they’re loath to leave. 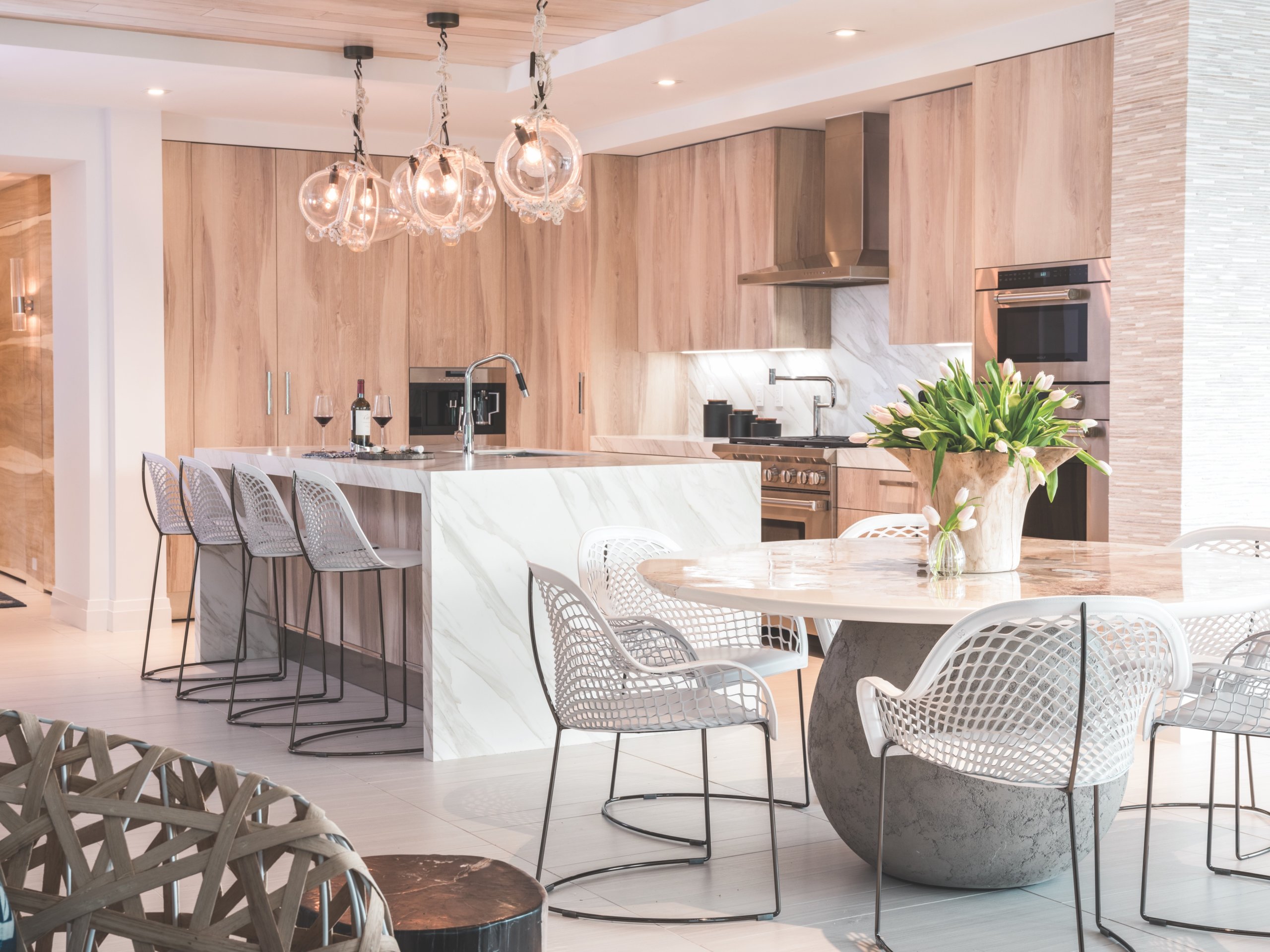 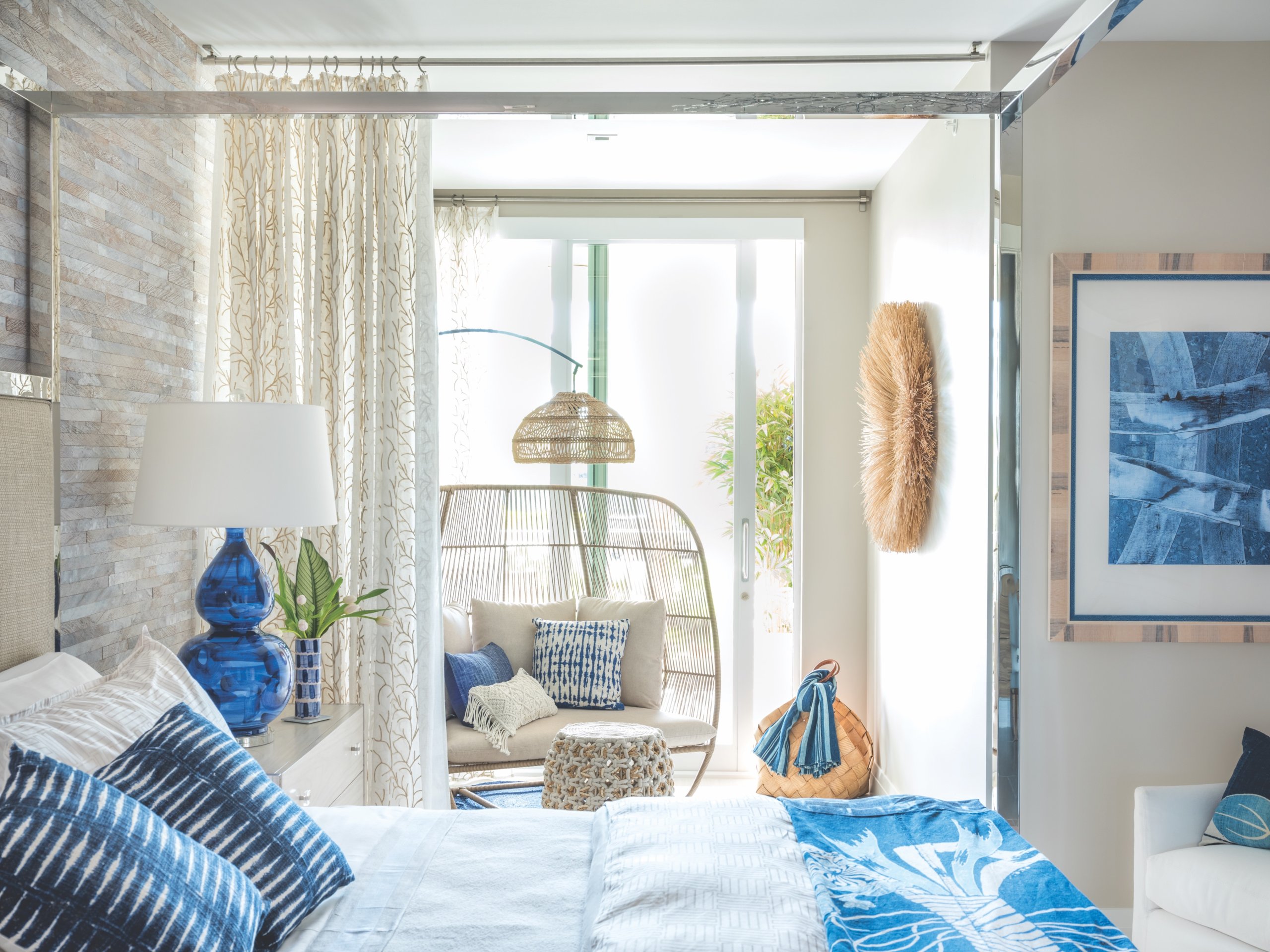 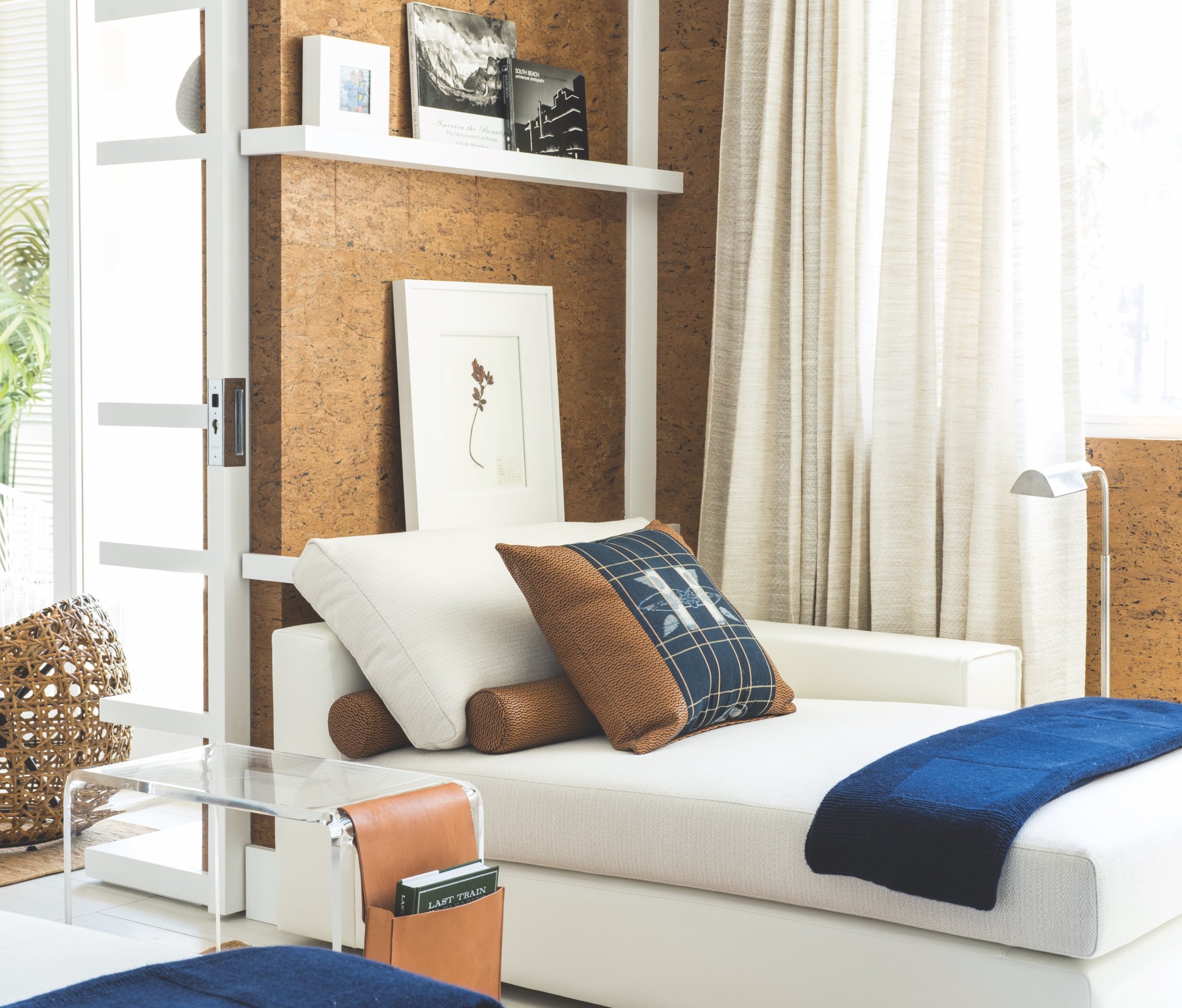